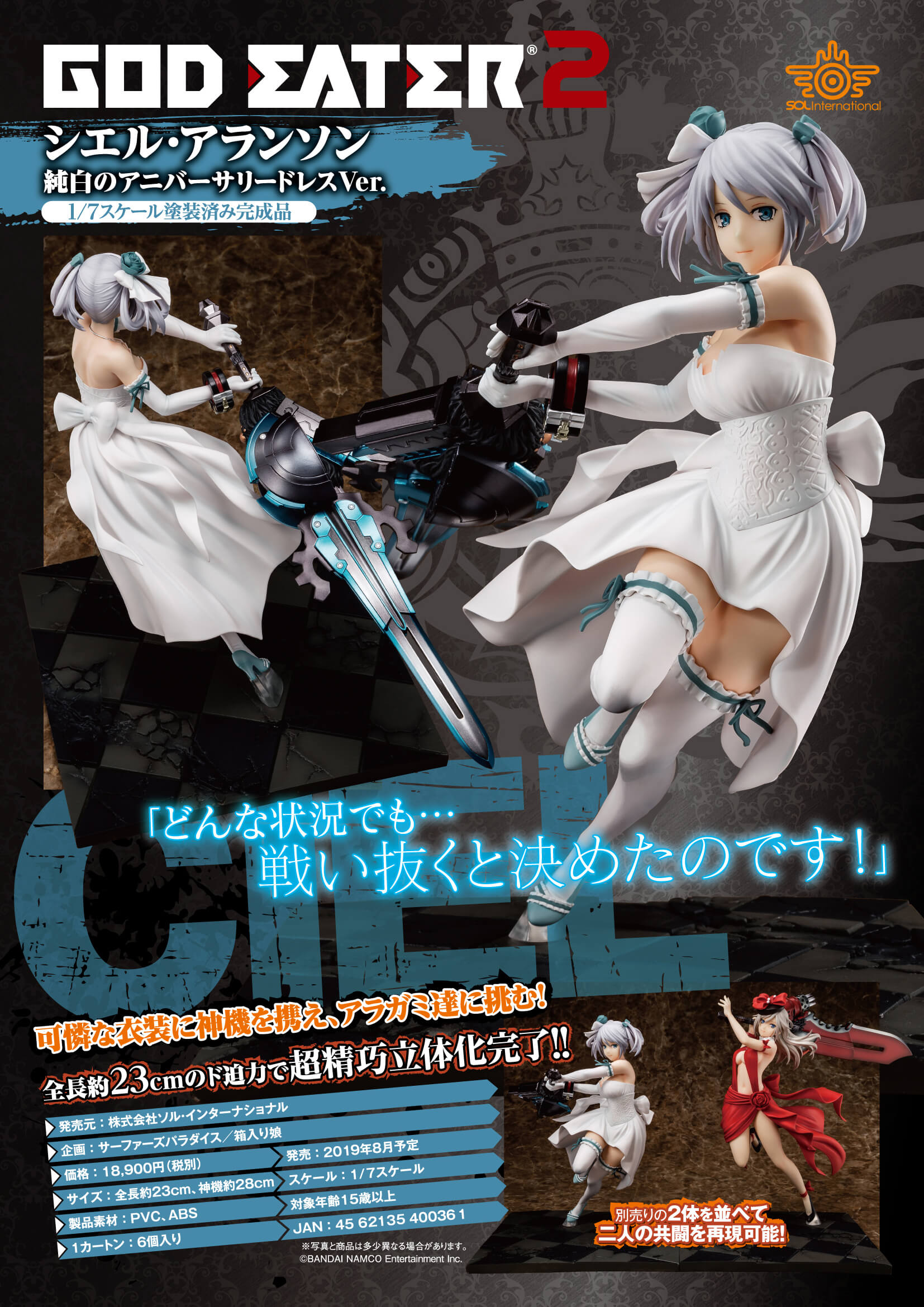 The super big sized figure of “Alisa”and “Ciel” wearing lovely anniversary dress from “God Eater” series will come to the market on 2019 summer!!

“God Eater” series is one of the videogame software released from BANDAI NAMCO Entertainment Inc. who is developing various entertainment products and their main product is videogame software – They released their latest software of “God Eater 3” on December of 2018 and 4/Feb./2019 will be 9th anniversary of their videogame products - also animation films, comics, or Apps for smartphone etc. The launched software of this series has beyond 4 million already. We are happy to introduce you our 2 new figures from this series as “Alisa”and “Ciel”. These are the first figures wearing anniversary dress of 7th anniversary illustrations.

The main topic of these figure is the size! The size of 1/7 scale is seemed impossible to accomplish however our technology and passion carried out this project. Even the height of figures are 25cm by Alisa and 23cm by Ciel but length of eachJINKI is reached to 30cm by Alisa’s and 28cm by Ciel’s. The elaborate workmanship of JINKI by this big size and lovely anniversary dress produces big impact.

The figure of character and JINKI produced under collaboration with BANDAI NAMCO Entertainment Inc. is made elaborately into details such as just come from the game.
And each base is designed using Church of the Atonement City as its motif so that it matches with their costumes and produces both Alisa and Ciel’s joint struggle if you display them together.

Alisa will be launched on July 2019 and Ciel on Aug. 2019. Booking will be started on the mid of March. Invite both of 2 to your room.

*Please note that product may slightly different from the photos.